Honda has announced that it will begin leasing the Honda Legend in Japan with Honda Sensing Elite. The Honda Legend, which is equivalent to the Acura RLX or a high-end Accord is capable of level 3 autonomous driving due to an enhanced version of the Honda Sensing Suite. You may have heard of the Honda Sensing Suite from our previous articles that covered various safety features like Adaptive Cruise Control and Lane Keeping Assist. The feature that elevates the Legend to level 3 autonomy is the “Traffic Jam Pilot”, which enables the automated driving system to drive the vehicle, instead of the driver, under certain conditions such as when the vehicle is in congested traffic on a road or highway. 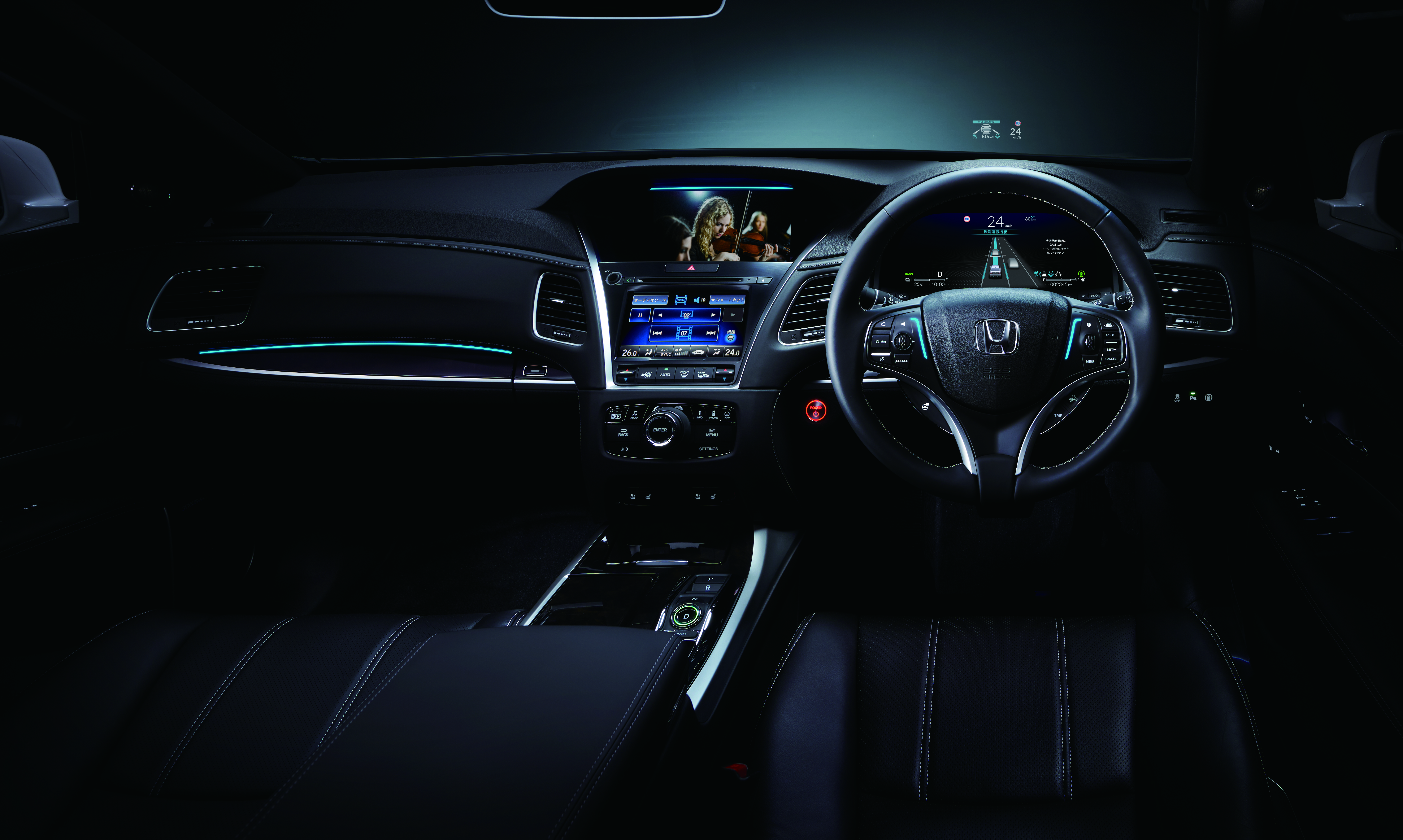 How Does it Work?

For vehicle control, the system determines the position of the vehicle and road conditions using data from 3-dimensional high-definition maps and the global navigation satellite system, while detecting the vehicle’s surroundings using several external sensors that provide 360-degree input. Simultaneously, the system tracks the condition of the driver using a monitoring camera mounted inside the vehicle. Based on all of the collected information, the main electronic control unit (ECU) recognizes current conditions, anticipates future conditions, and applies a high level of control to acceleration, braking and steering inputs to assist the driver and achieve high-quality and smooth driving.

Placing the utmost priority on safety and reliability, approximately 10 million patterns of possible real-world situations were simulated during system development, and real-world demonstration tests were conducted on expressways for a total of approximately 1.3 million kilometers. On top of this, the system incorporates a redundant system design to ensure safety and reliability in the event of a problem with any of the devices.

With exterior styling befitting a flagship sedan, the automated driving sensors are subtly integrated into the body panels, producing a clean design while discreetly highlighting the vehicle’s automated driving capability.

Interior equipment exclusive to this model includes Honda SENSING Elite indicator lights, which feature carefully selected and visible positions, sizes, colors, brightness, and other details, as well as a 12.3-inch full-LCD graphic meter. This equipment was adopted to provide an intuitive understanding of system operation status, current driving situation, and any requests to transfer control back to the driver.

While driving with Adaptive Cruise Control (ACC) with Low-Speed Follow and Lane Keeping Assist System (LKAS) activated, when certain conditions are satisfied on an expressway, the system will assist the driving operations even while the operator of the vehicle has their hands off the wheel.

If Adaptive in Lane Driving is activated and the vehicle-driver confirms it is safe to change lanes and activates the turn signal, the system provides throttle, braking, and steering inputs necessary to accomplish the lane change.

When Adaptive in Lane Driving is activated, once the driver switches on the Active Lane Change with Hands-off Function, the system assesses the situation and assists the lane change and/or passing of the other vehicles under certain conditions. When the system detects a car ahead of you being driven at low speed, the system notifies the driver and then assists with the passing of the vehicle and the return to the original lane.

While driving using the Adaptive in Lane Driving, if the vehicle gets caught in traffic congestion, under certain slow-speed conditions the system can take control of acceleration, braking, and steering while monitoring the vehicle’s surroundings on behalf of the driver. The system will start, stop, and resumes driving within the same lane while maintaining a proper following interval in accordance with the speed of the vehicle detected ahead. While the vehicle is under the control of the system, the driver can watch television/DVD on the navigation screen or operate the navigation system to search for a destination address, which helps mitigate driver fatigue and stress while driving in a traffic jam.

If the driver does not respond to multiple system requests for a handover (the transfer of control back to the driver), the system assists deceleration and stopping of the vehicle by making lane change(s) to the outermost lane or the shoulder of the road. To be more specific, in cases where the driver does not respond to the system’s handover requests, the Traffic Jam Pilot/Hands-off Function will be disengaged, and the system will further urge the driver to respond to the handover request using visual, auditory, and tactile alerts including escalated alarm sounds and vibration on the driver’s seatbelt. If the driver continues to be unresponsive, the system will assist in deceleration and the eventual stopping of the vehicle while alerting other vehicles around using hazard lights and the horn. When there is a road shoulder, the system assists deceleration and lane changes until the vehicle reaches the shoulder of the road for a safe stop.

The interface enables the driver to instantaneously recognize the operating status of the system, the driving situation, and any handover requests issued by the system. Honda SENSING Elite indicator lights are positioned on the steering wheel, the top part of the navigation screen, and glovebox. When the Hands-off Function is activated, the indicator light on the steering wheel illuminates, and when Traffic Jam Pilot is activated other indicator lights also come on with a blue light. When the system requests a handover to the driver, all indicator lights change their color to orange and blink to send an easy-to-understand message to the driver. The large 12.3-inch full-LCD meter also displays the operating status of the system, driving situation, and the handover requests in a simple yet expressive manner. 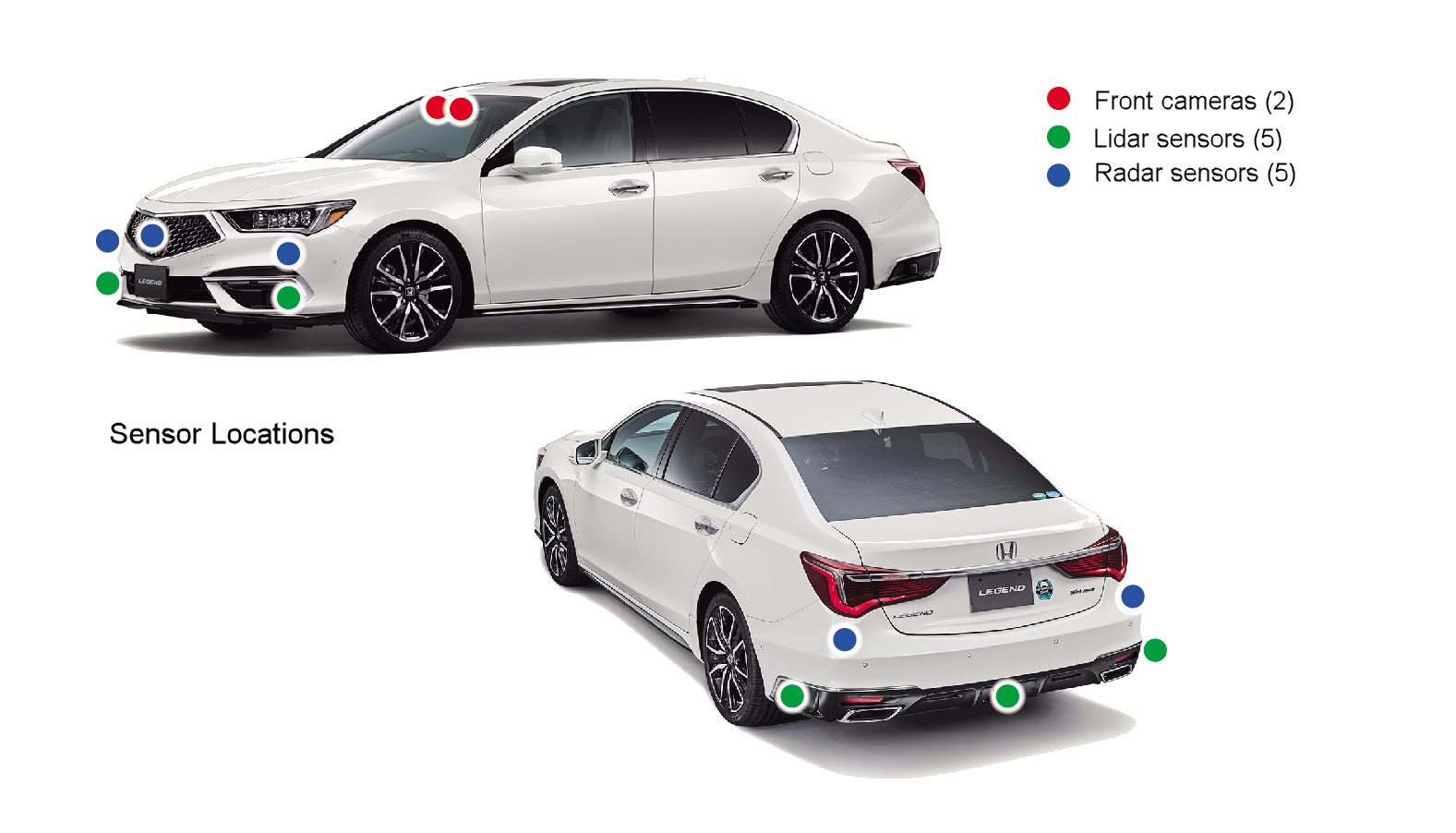 Interested in experiencing the Honda Sensing suite of safety features for yourself? Check out our selection of Honda Accords, that comes loaded with Honda Sensing features like Adaptive Cruise Control and the Collision Mitigation Braking System.