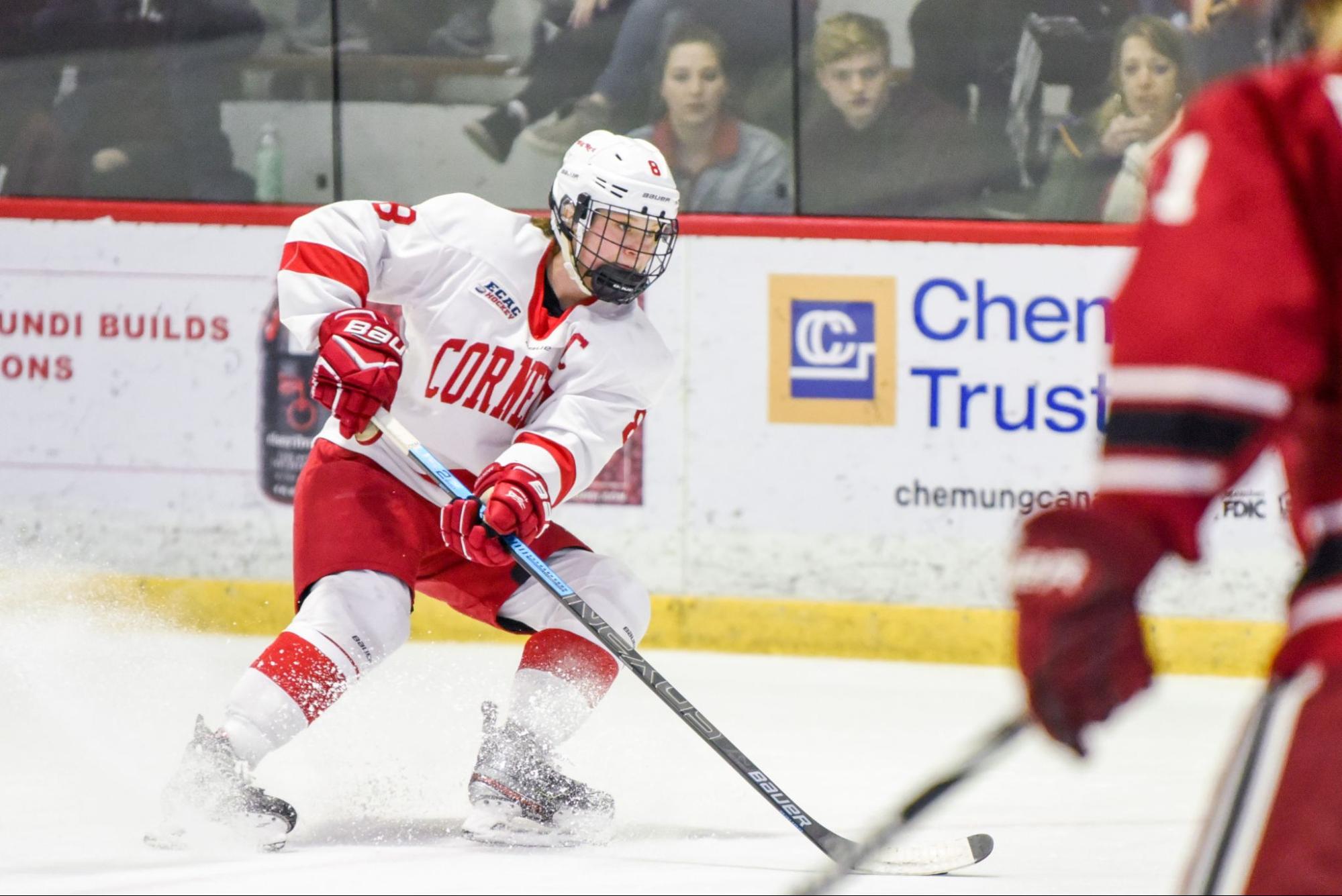 Honda West is proud to sponsor local athletes on their road to success. One of these athletes is Victoria born Micah Zandee-Hart, a 24 year old Canadian Women's hockey player who plays Defence. Micah’s young career has already seen her wear the Captains “C” for both Cornell University where she played College Hockey and team Canada’s under 18 team. We asked Micah some questions about her burgeoning hockey career going forward into the much anticipated 2022 Beijing Olympics.

Question: When did you start playing hockey, and was it always a goal of yours to play in the world hockey championship and the olympics?

A: I was 4 when I started playing organized hockey and before that I’d play road hockey on the street with my older brother trying to be like him because he played hockey. My dad started to take to public skating and that's all I wanted to do. I actually remember watching the 2002 Olympics as a child and seeing the Women's hockey team win a gold medal. At that moment I knew I wanted to go to the Olympics and represent Canada.

Question: You’ve mentioned publicly that Canadian Soccer Star Christine Sinclair was a huge inspiration for you, what about Sinclair do you admire most?

A: I really admire her work ethic, she's always been one of the best in her sport throughout her entire career. The leadership and hard work she's shown and being the leading force for the Canadian Women's Soccer team to the top of the world stage over her career with Team Canada has been remarkable.

A: It's amazing, I think that all female hockey players aspire to play in the NHL or one of the premier junior leagues like the OHL because that’s where the highest level of hockey is played. It doesn’t happen for most of us but I think it's really cool to see her get this opportunity and recognition for all the hard work she has put in, and the entire women's hockey community is rooting for her.

Question: Since Women's Hockey was introduced into the olympics in 1998, Canada or the U.S. has won every gold medal, do you expect another North American gold medal showdown going into the 2022 Beijing Olympics?

A: Speaking from my personal experience, we lost to Finland in the 2019 Women’s World Championship semi finals and had to play for bronze that year. So you really can’t count out any of the other countries that qualify, especially with the uncertainty of the past year that resulted in less hockey being played.

Question: At a young age you earned the right to be the B.C. flagbearer at the 2015 Canada Winter Games, and were also named captain of the Canadian Women's Under 18 team in that same year. What did that experience mean to you?

A: Both of those meant a lot to me. Being a flagbearer really wasn’t on my radar that year but it was a huge honour being able to lead in my fellow provincial athletes and it was in B.C. so my entire family was there. Being the captain for the U18 team was special to me because of the previous captains I’ve seen wear that jersey like Cassie Campbell and Hayley Wickenheiser. It reminded me of everything they put in to get us and our game where it is today.

Question: Do you have a favourite NHL Team? What about an all time favourite player?

A: Being born on Vancouver Island the Canucks have always been my favourite team, I got my 1st Canucks jersey when I was 4 years old. Growing up I loved Markus Naslund, who was the captain for the Canucks. Now I’m a huge fan of the Canucks young core, in particular Elias Pettersson and Quinn Hughes. But across the NHL my favourite player is fellow Defenceman Roman Josi.

Question: Honda West has sponsored you with a 2019 Honda Pilot, what is your favourite thing about the Pilot you're driving?

A: Before the Pilot I was driving a really old Jeep, so the biggest thing that stands out to me is all the technology. Having Apple CarPlay and a navigation system on the display screens were some technical features that I’ve never had on a car before.

Question: For athletes like yourself, what does a sponsorship mean to you and how does it help your ability to advance in your sporting career?

A: It means everything, especially as a female athlete because we aren’t signing contracts to make millions of dollars in a professional hockey league. We’re trying to go to the Olympics as an amateur athlete so I'm not on any big signing bonuses or contracts. I'm just getting my training allowance and trying to make things work so I can be here and train full time and not need another full time job. Having the Pilot means I don’t have to worry about getting to and from the rink or my car not starting one day. It really means the world to me.

Question: You’re currently living and training in Calgary. As a non Calgarian, what is your favourite thing about Calgary?

Question: Is there any advice you would give to other younger athletes?

A: For younger athletes I’d say make sure you enjoy what you're doing. It's very common that teammates are playing for reasons other than the love of the game. It’s really important when you're young to find out what you love to do, because you're only a kid once.

Question: For anyone who is interested, where can we watch you play hockey next?

A: I’m currently on the injured list, so you probably won’t see me at the upcoming world hockey championship that's being hosted in Calgary this August. But I’ll be training with the Women’s National Team this fall, and then hopefully I’ll get the chance to represent Canada at the Olympics in 2022. 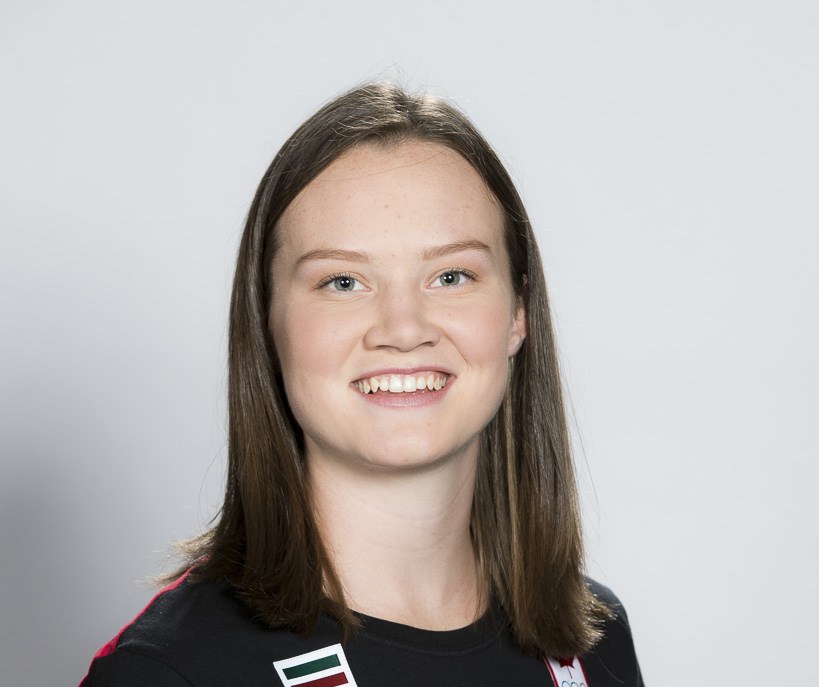 Check out Micah’s Instagram to follow her journey as she works toward representing Canada in the 2022 Beijing Olympics.

Stay posted to the Honda West Blog for future updates on Micah, as well as everything Honda related.